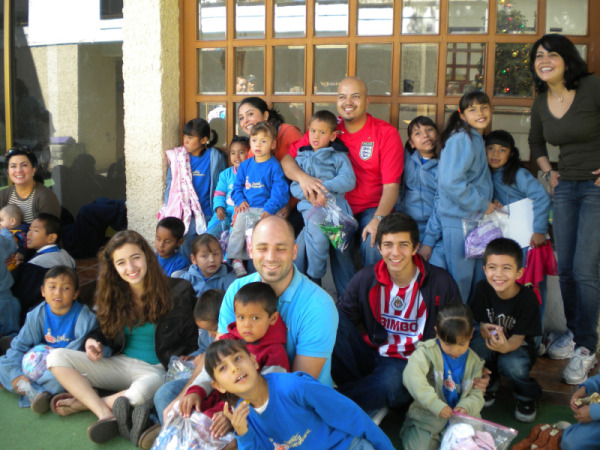 After visiting the girls’ shelter, Casa Kamami, our family visited an orphanage on the outskirts of Guadalajra, Mexico called Sueños y Esperanzas “Hopes and Dreams”. Initially, we only planned on supporting the girls’ shelter this holiday season, but due to the overwhelming response of people willing to take part in the project, we were able to find an orphanage that could also use our help! The members of Pledge to Humanity who were involved in this particular project donated pajamas to be given to these children as Christmas presents. Many people who gave these presents even included a Christmas letter and a picture of themselves. We were able to translate these notes to the kids and they were so happy to hear from all of you who gave them presesnts. Along with just Christmas gifts, we received donations that allowed us to buy tons of supplies for the orphanage that would greatly benefit them and which they really needed including diapers, baby supplies, cooking supplies, and lots of food. These young children, ranging from infants up to nine years old, were so excited to see that people in Alamo, California were buying them Christmas presents when they otherwise would have not received a gift from a parent or Santa, like we are so accustomed to here. The owner of the orphanage also wanted us to thank all of you sincerely for those who helped support this project. Also, another big thank you from Pledge to Humanity to all the participants for helping us support these orphans in Mexico and make their Navidad a little more special.