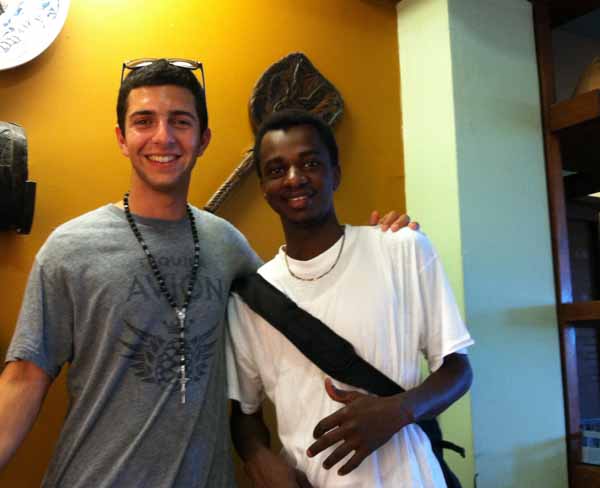 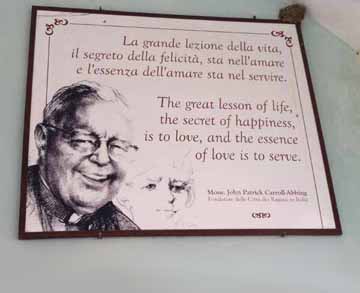 The organization responds to the needs of children in Italy, focusing on the international population of children who pass through Rome, and is deeply concerned with the rights of children and the quality of child care worldwide. The unique philosophy of the Towns opens up the world ways of inserting themselves in society through active participation in a self-governing community…
Children deserve ‘a chance in life.’ Boys’ Towns of Italy, Inc. offers homeless children that chance. The boys and girls that Boys’ Towns of Italy, Inc. serve have known some of the harder realities of our times. Many are survivors of abandonment, family dysfunction, domestic violence, wars, and oppressive poverty. Today, they are challenged and aided in the process of building a better tomorrow through education, career preparation, and self-government.

Visiting Boys’ Town of Rome was an awesome experience. I learned about Boys’ Town philosophy, learned about the success of boys who have graduated, and got to meet a lot of the boys who are currently attending.
I met boys and young men from Afghanistan, Turkey, Tunisia, Sierra Leone, and many other countries around the world. A boy I met fled from Sierra Leone to escape the civil war and not have to become a soldier for the rebel army. Leaving his family behind and after a journey that lasted him a couple years, he made it to Italy and was welcomed by Boys’ Town of Italy in Rome. Boys’ Town provided him with a means of schooling during the school year and gave him a connection for a job during the summer. He is now making money in an effort to bring his mother and brother from Africa and reunite his family in Italy. There are many similar stories I heard when I visited Boys’ Town and it was amazing to see how well the organization takes care of the boys and how well they prepare them for the future.