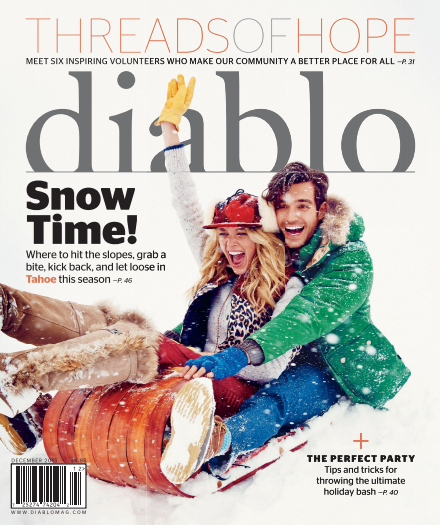 Gaby Ghorbani spent her childhood in an upper middle–class home in Guadalajara, Mexico, but she never got used to seeing the poverty around her. She remembers a specific afternoon, at the age of 10, when her dad picked her up from school. “I was nice and comfortable in the car, and I saw this kid alone selling candy and gum,” says Ghorbani. “I could not stop thinking, I’m on my way home to eat, and he is in the street. I didn’t feel comfortable anymore. That moment sparked something in me that never left.”

Since then, Ghorbani has been working to encourage empathy and giving in other kids, first with her childhood friends; then with her own children (who grew up taking vacations that included giving away food and visiting orphanages); and now, through her youth service organization, Pledge to Humanity.

Pledge to Humanity has involved thousands of teens in volunteerism since its founding in 2009. The nonprofit partners with local school clubs, leadership classes, sports teams, and other youth groups to help them identify the causes they are most passionate about and offer the tools, expertise, and encouragement to bring hands-on service projects to life.

Following the young volunteers’ diverse interests, Pledge to Humanity has both a local and global focus. Locally, projects have included making and distributing sandwiches to the homeless, collecting and donating clothing and toiletries to shelters and crisis centers, volunteering at soup kitchens, assisting in senior homes, and supporting U.S. troops. Globally, the organization funds the construction of schools and wells through a partnership with Free the Children, in places such as Ecuador, Haiti, India, Kenya, and Mexico.

Each summer, Pledge to Humanity takes students from the East Bay on overseas service trips to see these programs in action and add to the effort.

Through every project, Ghorbani aims to teach kids that service is not just another check mark for the day, like karate and tutoring. It’s an attitude. “I want kids, particularly kids from our area, to know that they are fortunate to have what they have: to be aware of what’s out there, have empathy, and have the desire to say, ‘I can do something,’ ” she says.

This made a lasting impact on Brianna Lane. As an eighth-grader at Stone Valley Middle School,
she joined Ghorbani in serving the homeless at Glide Memorial Church and making sandwiches for Monument Crisis Center. Now, she is studying nonprofit management at the University of Southern California. Lane says, “It was an opportunity to do something beyond a fundraiser. We saw how we were affecting people’s lives.”

How you can help: Pledge to Humanity welcomes monetary donations to support various ongoing programs. Current areas of focus include funding extracurricular activities for local foster children and building schools in Kenya and India.